What is the Role of Methylcobalamin? 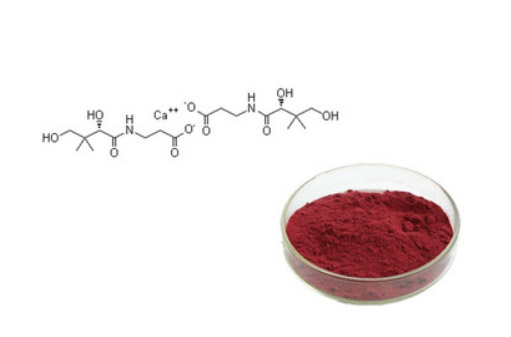 B12 is mainly found in meat. Soybeans in plants and some herbs also contain B12, which can be synthesized by intestinal bacteria, so it is not lacking under normal circumstances, but B12 is a vitamin that people with digestive tract diseases are prone to lack, and it is also indispensable for red blood cell production. Important elements, if severely lacking, will lead to pernicious anemia!

Vitamin B12 is widely present in animal food. And its form cannot be absorbed by the body. In addition, vitamin B12 is also the only vitamin that contains essential minerals. It is red because of its cobalt content. It is also called red vitamin and is one of the few colored vitamins. Although vitamin B12 belongs to the B group vitamins, it can be stored in the liver. After the storage is exhausted, the deficiency symptoms will appear after more than half a year. The human body needs very little vitamin B12, as long as the diet is normal, there will be no shortage. A small number of people with malabsorption should pay special attention.

Vitamin B12 in food is combined with protein and enters the human digestive tract. Under the action of gastric acid, pepsin and trypsin, vitamin B12 is released and binds to a glycoprotein intrinsic factor (IF) secreted by gastric mucosal cells. Vitamin B12-IF complex is absorbed in the ileum. The storage of vitamin B12 is very small, about 2~3mg in the liver. It is mainly excreted from urine and partly from bile.

There are two main ones: ①As a cofactor of methyltransferase, it participates in the synthesis of methionine and thymine, such as the conversion of methyltetrahydrofolate to tetrahydrofolate and the transfer of methyl groups to methyl receptors (like semi- Cystine), the methyl acceptor becomes a methyl derivative (such as methionine or methyl homocysteine), the reaction is shown in the figure. Therefore, vitamin B12 can promote protein biosynthesis and affect the growth and development of infants and young children when it is lacking. ② Protect the transfer and storage of folic acid in cells. When vitamin B12 is deficient, the folate content of human red blood cells is low, and the folate stored in the liver decreases. This may be related to the lack of vitamin B12, which causes difficulty in transferring methyl groups from homocysteine to methionine, and methyl groups accumulate in cells and damage The storage of tetrahydrofolate in the cell is affected because tetrahydrofolate has a strong tendency to combine with methyl to form methyltetrahydrofolate, which synthesizes polyglutamic acid.

Our company has Methylcobalamin on sale, welcome to contact us.