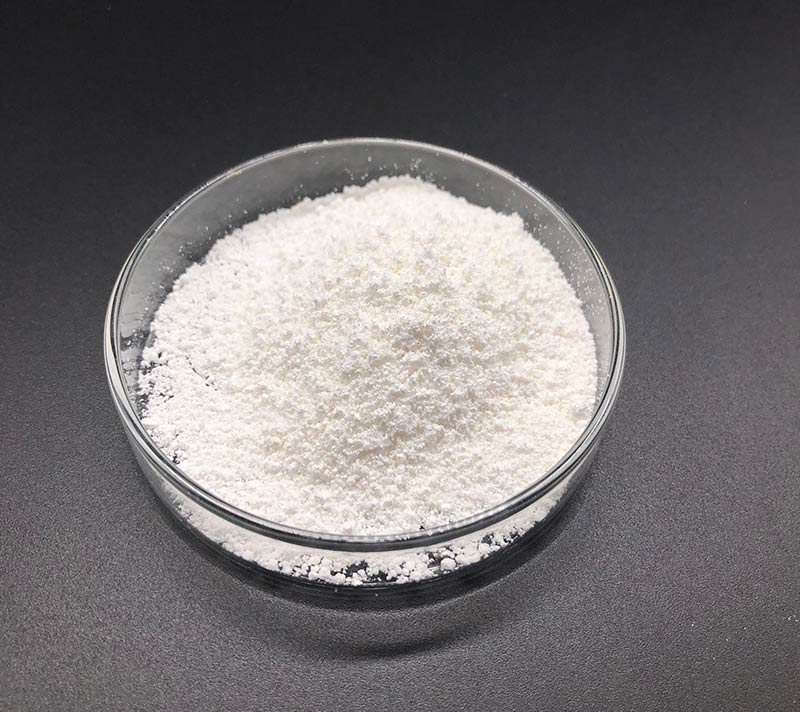 The generic term of sialic acid is N-acetylneuraminic acid, which is a naturally occurring amino sugar that was originally isolated from the submandibular gland mucin, hence the name sialic acid. Sialic acid is a nine-carbon monosaccharide derivative containing an amino group and is a general term for all N- or O-derivatives of neuraminic acid or keto-deoxyindansyl acid (KDN).

N-acetylneuraminic acid, also known as Sialic acid and NANA, is a key component of important amino sugars that mediate cellular communication. N-acetylneuraminic acid is a naturally-occurring building block for compounds such as glycoproteins and gangliosides, and is therefore widely found in cell membranes, in the plasma and in glandular secretions such as saliva. It is usually present in the form of oligosaccharides, glycolipids or glycoproteins, mainly in the form of short-chain residues at the ends of glycoproteins and glycolipids.

food additives: lnfant Milk Formula mainly use Sialic Acid Power, N-Acetylneuraminic Acid can effectively improve the development of infant brain and cognition, enhance controlling ability of immune system and have defensive functions against Bacteria. N-acetyl-D-neuraminic acid(NANA)is intended for use in term infant formulas at a maximum use level of50mg/L. This maximum use level of NANA in term infant formulas is based on providing a similar level of NANA as that which occurs in milk from lactating women.

pharmaceutical intermediates: N-Acetylneuraminic Acid has Therapeutic effects on amyotrophy, to make body and muscle fulfill energy. Also, it can assist the elderly to prevent the Alzheimer's via daily intake. N-Acetylneuraminic Acid has protective effects on nerve cells. The protease on the surface of the nerve cell membrane combined with N-acetylneuroammonia cannot be degraded by extracellular protease. Moreover, it has strong resistance against virus invasion.

cosmetic materials: N-Acetylneuraminic Acid has wide values and functions in Cosmetic Formulas, specifically as Anti-aging and Whitening. As for anti-aging, it can significantly improve restraining ability against pigmentation, delay the skin aging and promote skin regeneration. On the other hand, as for whitening, it has great effects on inhibiting tyrosine hydroxylase and Dopa hydroxylase activity, meanwhile it can prevent melanin basically.

Do you know the Role of Sialic Acid?

Sialic acid is a derivative of 9-carbon monosaccharide. The name comes from Greek. This is a negatively charged ion that makes the saliva feel smooth. Not only does it have the effect of "inducing" invading bacteria, but it is also currently recognized as a ganglioside transmitter and a component of the brain. Sialic acid can prevent the invasion of germs. Sialic acid is also a receptor for influenza virus, which is the binding site of the influenza virus in mucus cells.

c. Promote the absorption of mineral and vitamins in the intestines

The history of sialic acid in China

Human consumption of sialic acid-containing foods has a long history. The main source of sialic acid is breast milk, dairy products and egg foods, so it can be said that from the moment humans appear on the earth, we are eating sialic acid. Since ancient times, China has had the habit of eating bird's nest. Bird's nest has been listed as a precious tonic. Since the Ming and Qing Dynasties, it has been hailed as the sacred product of beauty. As early as in the Tang Dynasty, China has used bird's nest as an edible treasure. It is the same as the bear's paw and shark's fin. Li Shizhen of the Ming Dynasty praised the bird’s nest in the "Compendium of Compendium of Materia Medica". In Southeast Asia and Japan, bird's nest is also a household nutritional supplement. In bird's nest, the main component of its biological activity, "bird's nest acid", is actually the common name of sialic acid, and its content is as high as 10% or more. The main function of bird's nest is reflected by sialic acid. The experiment also proves that the physiological function of bird's nest acid is as follows: it has the effect of antibacterial detoxification in the intestine; it can improve the absorption capacity of the intestine for vitamins and minerals; because it has the protection and stability effect on cells, it has the effect of prolonging life. Sialic acid develops a range of health supplements for babies, pregnant women, students and the elderly.